Travelling clock in the form of a book

Book-shaped travelling clocks appeared in Western Europe in the mid-sixteenth century and in Hungarian watchmaker workshops at the end of the century. The verge escapement clock is fitted with a clockwork, the time can be read from the single-hand face through the open-worked ornament of the cover. The rear side of the case that can be closed by two buckles holds a compass, a moon-phase indicator and a sundial. The latter was created so that it could be used at the 42nd latitude, in the middle of the Balkan Peninsula. The finishing and the ornaments of the book-shaped case were similar to European Renaissance bookbindings the flowers between the tendrils show Turkish influence. 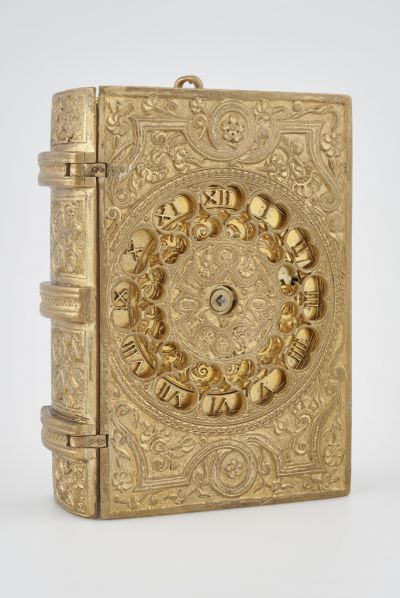