The front is divided into three fields, each with a chessboard decoration. There are identical motifs in the corners of each spandrel between the pilasters with compartments and triglyphs: rampant lions with two tails. The initials EW of the bride and the date of the wedding, 1669, are above the arches. 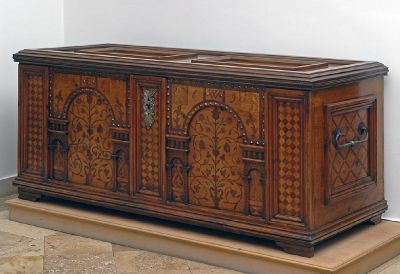