The octagonal stem and a faceted node emerge from a round foot, which is divided by four curves. The edge of the boat-shaped bowl is of irregular lobes there are four three-lobed decorating motifs on the bottom. The middle part of the bowl is decorated with a riverside scene and trees, a castle on a cliff and the allegories of summer and autumn. Its bent-in rim shows small, polished ornaments of olivine faceting, surmounted by a basket of flowers. 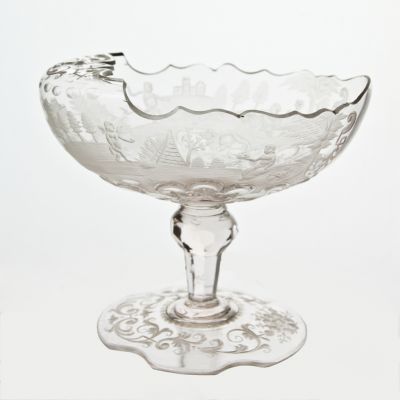